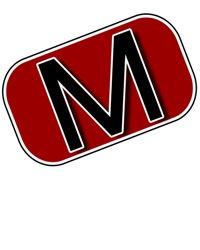 Prefer monologues over songs? Would you like to try auditioning for musicals as well?

SYNOPSIS: Under the guidance of Kim Mattice-Wanat, we will be exploring projection, speech song, singing as a learnable skill, singing anxiety, choosing and preparing appropriate songs for auditions and more!

INSTRUCTOR BIO: Kim Mattice Wanat holds a Bachelor of Education Degree from the University of Alberta with a major in drama and an ARCT from the Royal Conservatory of Music in Toronto. She is a performer, teacher and director. Her professional credits include lead roles in The Fantasticks, Oliver, South Pacific, and Passion. For 10 years she performed as a freelance artist in touring productions across Canada; Backstage Broadway, a touring production of “Broadway Musicals Through the Decades” and WIND, WOMEN & SONG, a female quartet – 2 sop, 1 piano and french horn, which performed classical music. In 2000, this quartet released a CD entitled La Dolce Vita.

Ms. Mattice Wanat is well known as a voice teacher, adjudicator and pedagogue clinician conducting workshops for teachers and choral directors across Western Canada. In 2005 she published a book for teachers entitled “Unleashing the Expressive Resonant Voice.” For the past 26 years she has taught voice to the professional acting students in the Drama Dept. at U of Alberta, and has acted as voice coach and musical director for several of the Bachelor of Fine Arts productions.

In 1999, Ms. Mattice Wanat founded Opera NUOVA. She has directed several of the NUOVA mainstage productions including: Benjamin Britten’s A Midsummer Night’s Dream, Aaron Copland’s The Tenderland, Mark Adamo’s Little Women, Offenbach’s La Perichole, Mozart’s Die Zauberflöte; Smetana’s The Bartered Bride. Throughout the year she acts as artistic director for the school touring performances which have included; Menotti’s Amahl and The Night Visitors and Humperdinck’s Hansel and Gretel, Dean Burry’s The Brother’s Grimm and Isis and The Seven Scorpions, a commissioned work by NUOVA Alumnus Isaiah Bell entitled The Lives of Lesser Things, and Ramona Luengen’s Naomi’s Road, based on Joy Kogawa’s novel of the same name. Ms. Mattice Wanat most recently co-directed with Brian Dooley and L’Uni Theatre La Voix Humaine (February 2016) and looks forward to directing NUOVA’s production of Parade (June 2016) as part of the 2016 NUOVA Opera and Music Theatre Festival.

Register a group of 5 or more, and attend for less! Or, register for 3 workshops and get the 3rd one for 50% off (Call Morpheus Theatre to redeem).

This valuable workshop is presented at this low price in the spirit of community theatre.